I told you that 5MinuteFiction was getting a bit antsy cooped up here on Write Me! all the time. Well I’ve booked his rooms, scheduled his flights, and he’s off for a tour of the States, Europe, and South America. Doesn’t that sound great? 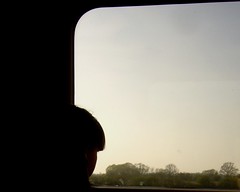 (You may note here that, due to forseen circumstances, i.e. me being an idiot, the schedule has been slightly changed. The tour will begin March 8 and continue through April 5. Same great hosts, I just had to move Sam to a week OTHER than the one he told me specifically wouldn’t work for him.)

UPDATE! Mean ‘ol real life has made poor Robert James Russell, @robhollywood unavaliable for his tour date, after all. But the great JM Frey, @scifrey has stepped up to the plate.

I’m excited about 5MinuteFiction having a chance to learn from each of these great writers. And I know everyone else will too. We’ve got two newly agented authors, Claire with Diana Fox and Monica with Michelle Wolfson, JMFrey’s a sci-fi author and her debut novel, Triptych, will be available April 9,  Richard‘s the host of The Word Count podcast, and Sam‘s one of the authors involved in the collaborative writing project, The Splintered Lands.

So, how’s this work? Well, Tuesday, March 8, 5MinuteFiction will be on Claire LeGrand, @clairelegrand‘s blog. Don’t worry, I’ll remind everyone tomorrow and provide a helpful link and everything. You just need to show up for the party!