It’s my party and I’ll cry if I want to.

You’re welcome for the song in your head.

Was it exciting?? I was excited. Then again, I’m excitable. (Witness the sheer number of words I put in all caps and bold. Yep. Excitable.)

Really, I had so much fun today, with the energy and enthusiasm and the PRIZES! I can’t wait until tomorrow morning to give them away.

Thanks again to our guest judge, Roni Loren, @RoniLoren for taking on and accomplishing this daunting task. She’s a real trooper. And here are the five finalists she picked: 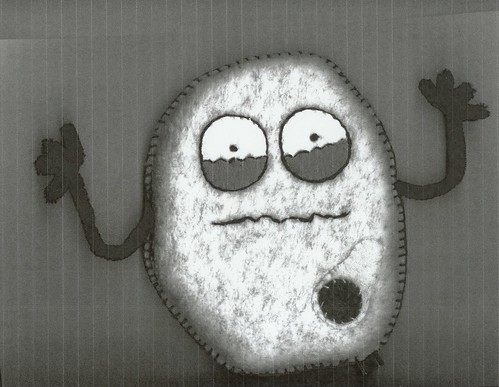 Yay! Two of them are going to win prizes tomorrow morning, one for the winner, and one selected randomly from the other four. Of course, it won’t just be them. A prize will also be given to one participant, selected at random, from all the entries today (minus the finalists.)

This is gonna be great. In the meantime, read the finalists’ entries below and vote in the poll. You have until 9:00 Eastern  tomorrow morning when I post the winner(s). See you there!

Another year of That and she was sure she’d go mad. And yet there it stood, impeding her path once again, blithely refusing to be visible to anyone else walking past. She’d tried to name it, tried to come up with some possible explanation for it, but all she could come up with was “That.”

That looked at her with its large, baby blue eyes. That, as a whole, was large and baby blue. “Where are you going today?”

“I’m going to the store. For some milk.”

“You’re going to talk to him again, aren’t you?”

She ignored That. But she was. That was the problem. That was always the problem, the one she talked about with her psychologist.

“It hurts, you know. Hearing him talk about how I don’t exist. Hearing you agree with him. It hurts miserably.”

That hurt her, just a little. She looked over her shoulder. His tail swished ever so slightly, and his big mouth was blubbering. That always took her breath away.

“Actually, instead of milk, maybe a bit of ice cream.”

The big baby blue That smiled broadly, and caught up with her, passing through the other people on the street. The ones who couldn’t see That. Who hadn’t heard That. Who didn’t know That.

Another year of That and she was sure she’d go mad. But maybe. She didn’t know. That didn’t seem quite so bad.

Another year of that, and she was sure she’d go mad. In fact, she might already be mad already, she wasn’t sure. Madness was always so hard to determine in oneself. She reached up to touch the blindfold across her eyes.

“Don’t touch it,” came the deep male voice. She had no idea who the voice belonged to, but it resonated in her like a base drum. She felt it as much as heard it, all the way down in her toes. She pulled her hand away and continued to walk.

“Where are you taking me?” she asked. Maybe she should have asked who he was. That seemed a more logical question.

She sighed and continued to walk. There was a hand that held her wrist, but she was sure it wasn’t the man’s. It was too small and feminine to belong to that voice. Plus, she heard more than one other person walking down the hallway. It sounded like several, in fact, though it could be echoing. She wasn’t sure.

Where ever it was they were going, she didn’t really care. At least it wasn’t that cell. A year. She must be mad already. But now she was free. Or at least out of that room, which was free enough for her.

Finally, they stopped. She heard a door open and she was shoved violently inside. The door closed and she panicked. This place had the same sound of the room she had just left. Not again, not another room.

She could feel her mind bend, about to snap. What was it these people wanted from her? Why had they captured her so long ago, only to never ask her a single question?

After a few seconds, she tore off the blindfold. She screamed. It was exactly like the room she had left, only newer, cleaner. There were no marks on the wall to track time. It was starting all over again. She fell to the floor weeping, and she felt her mind actually snap this time.

Outside, the two men looked at a monitor on the wall.

“You were right,” the thin man who had been holding her said to his large companion. He nodded and they both wrote notes on their clipboard.

Another year of that and she was sure she’d go mad.

Just like her predecessor. And the guys in the mail room. And that woman who used to hang out in the lobby, then one day took a swan dive off the highest level of the balcony, making a huge splash in the atrium’s Koi pond.

The madness had taken her predecessor slowly. It had started with the giggles one day. They it turned into Tourette’s-like outbursts of laughter. Then the day came that she literally could not stop laughing, and the friendly men in white coats came to take her away.
She thought about the guys in the mail room, how they’d all stripped naked one day and started wrapped all packages with photocopied pictures of their own… er… packages.

That was an accident.

She hadn’t meant to hurt them, but it was funny!

The lady in the atrium? She was practice.

And her predecessor? Well, that was her goal all along.

And now that she had the job she wanted, she could stop.

Because one more year of making others go crazy, and she’d probably go crazy herself.

“Another year of that and she was sure she’d go mad.” *click*

As I had thought, turning off the television got Dick’s attention. He turned to face me, “Hey, I was watching that!” When he saw the expression on my face, he knew that this wasn’t a time to argue about rewatching his favorite movie on television.

Ever since we’d moved in together, the relationship had been sliding down hill. Like most couples, we’d started with wine and roses and had lately descended to cheap beer and spray cheese. Not that I minded, but the latest development was something I wasn’t willing to accept.

“Why haven’t you been giving me my messages?”

“What do you mean?” He looked confused, but he was a professional actor so I didn’t trust him.

“Margery said she left three messages. My mom called a couple times last week. And I just talked to Beth. She’s pissed. Said she talked to you and was specific about me needing to call back.”

“I never talked to any of them!”

“First there was drinking my milk. Then there was not flushing the toilet. And now this!” I was losing my calm, but I didn’t care.

He stared at me, anger flashing across his face in response to what I’d said. He stood, grabbed his keys, and stalked towards the door. “I’m not taking this abuse anymore. I’m going. I’ll be back for my things tomorrow. I can’t live with a crazy woman anymore.” And with that, he slammed the door.

I turned back to the now empty apartment, my mind racing with plans. The little voice from behind me shocked me, though.

A little growly, and coming from ground level, it took me a moment to see that Starlet – my CAT – was speaking. “I did all those things, you know. But he wasn’t any good for you.” She groomed herself a little. “He stayed too long, though. Another year of having to put up with him, and I’d’ve gone mad.”

Another year of that and she was sure she’d go mad. They had been on the brink so many times, and she had considered ending everything so many times before. There were always signs, always little earthquakes that tested her resolve and made her want to throw in the towel. But somehow she had always managed to hold on. One more year, she kept promising herself, one more year and I’m done.

The funny thing was she had always believed that strength was a prerequisite for sustaining such a toxic relationship. However, more than anything, she came to realise that it was a sense of humor that was helping her hold it all together. After all, watching your children deliberately and wilfully destroy themselves required a particular kind of amused detachment, and that was the only thing keeping her together. That, and the occasional bubble bath thrown in now and then.

She lifted her robes and climbed down from her seat on the tree branch, brushing her hair back. It had once been black, long and lustrous like dark silk, but now it was grey and frayed at the ends. Her nails were brittle, and the wrinkles in her unholy face told of the grief she had to bear for centuries. Eventually, a sense of humor could only last you so long.

As she descended from the ancient tree, a sprite stepped forward and knelt deeply before her. “Mother, what do you require?”

Mother Nature said with a sigh, “A bubble bath.”