How’d you like this week’s? In spite of the picture full of greenery, once I scrolled down to comment, the stars in the background took over my brain. Well, you can never get too much total destruction, right? 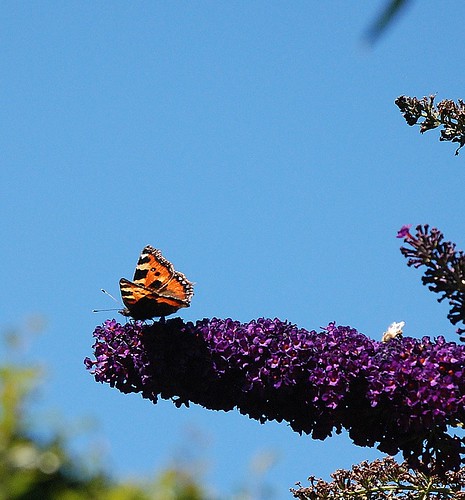 You people outdid yourselves this week, as usual. You made it very hard on poor Charlie Cole, @CharlieCole.

But, without further ado, here are his choices for this week’s finalists:

Now it’s your turn. Vote early, vote often, (well, actually, you can’t–one vote per person. Still, why waste a good quote?) Send your friends and neighbors and then come back in the morning when, at 9:00E, you can see who WON!

The delicate flowers nibbled at her toes. Snapdragons, with candy-colored petals, and johny jump-ups, those frisky little violet nippers. When the lillies caught up to her, she was done for. They were voracious feeders, always wanting more fertilizer. Of all the times for her to trip and fall, doing so at the edge of the enchanted garden was the worst yet. If she ever got out of this, she was going to have words with Prince Charming about hiring the local witch to do the landscaping. Sure, he felt bad after slaying her dragon, but it was an honest mistake. How was he to know green dragons were herbivores? Another nip – they had made it to her knees. Well, at least the dead-nettle had numbed her entirely, and she would have the finest garden in the realms…

On the warm sunny day, he walked down the path to the garden, hoping she would be there. They had agreed that no matter what happened, no matter what they experienced, they would reunite. The one place they said they would go was their favorite—a symbol of their love.
They had been torn apart quickly—men ransacked their home, taking her into one vehicle and he was taken to another. They each went their forced separate ways, hoping they would see each other again.
But the war was over, he had survived. He was bruised, battered, and broken, but his spirits were high as he anticipated seeing her beautiful face, feeling her soft skin, and kissing her moist lips.
The sun grew hot in the midday. The sun began to cool come evening. And by the middle of the night, he knew. The coldness of the moon was all he had left to comfort him.

They were his children, and to him they were beautiful. Bright flowers, spreading leaves, exotic plants he’d collected from every corner of the globe. He planted them, nurtured them, and cultivated them. They in turn supplied him.

“I don’t need much today,” he whispered, delicately plucking a soft red petal from a flower, cooing at the remaining bloom like it was an inoculated child. “That didn’t hurt too much, did it? You’ve got to stay brave for me, I’m going to need more help.”

So he went around the garden, collecting what he needed, sniffing flowers and watering the soil as he went. In the end, he had what he needed. Petals. Leaves. Clippings. A little sap to bind it all together. The perfect amounts, processed and turned into a syrup, quite sweet to the taste.

Quite deadly to the body.

He left his children, and was off to his task. He took pride that he could still conduct his lethal work and give a little something back to the planet. His own little way of controlling his carbon footprint.

I looked around at the dots of white in the dimness. This was my favorite garden. I had spent months planning it. Years really. Months just searching out the variety of flowers. Each of them interesting, beautiful and white. Only white. It was my nighttime garden. The pale flowers were all you could see in the dark, beautiful pale orbs or cascading petals.

I shivered and held my arms to myself; they still felt the cold, loneliness of his absence. A moment ago his arms had been around me. Now he was gone and I would never see him again. My heart cried for him. I felt each beat and pulse as a pain in my chest. Soon it would be over. I watched the blood, a darker shadow, pool under the flower. A few flecks darkened the nearest rose. I would finally be part of my garden.

He’s everything I’ve always wanted in a man. I visit him every morning. I bring him breakfast and coffee.

I make sure that he gets plenty of rest and I read to him almost every night.

I make sure that he has a great view of the garden. I tell him that one day he can live in the house with me when he learns how to behave. He nods and smiles.

He is so happy that sometimes, tears roll down his cheeks.

When I remove his gag he tells me he would like to walk in the garden with me. I am so happy he is finally coming around. His voice shakes with joy. But, I remind him walking in the garden would involve removing his restraints, and that is simply something I am not willing to do just yet.

No, until a time comes when he can behave himself and be the man I want him to be, without attempting to leave, he is going to have to deal with living in the tool shed…but as I always tell him, it has a beautiful view of the garden.