I was wondering where people were going to go with that prompt, since it can have very different uses. That’s part of what I love about this contest, seeing where all the different writers are coming from, and where their brains go from the same prompt.

Our judge this week, Lauren “Scribe” Harris, @marksmaster, said she chose our finalists “based on who I thought not only used the prompt in an organic-seeming way, but also on who effectively drew me into their story with descriptions of character/world and exposition.”

Well, I can’t disagree with that. On that note, here are the finalists: 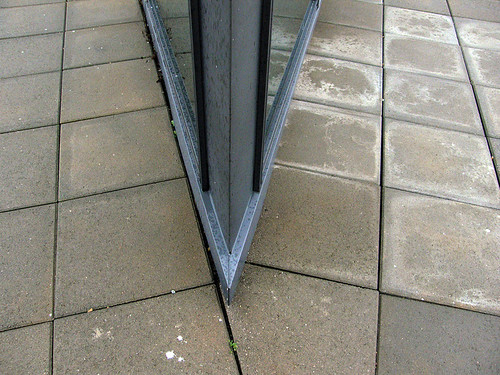 Congrats, finalists! Give their entries, below, a read and then vote in the poll. Then be back tomorrow morning at 9:00E to see who WINS!

Jared slammed against the concrete bulwark, hulking low, trying desperately not to be seen. He wasn’t worried about being heard. Nobody could hear anything over the attack sirens. But dressed as he was, in bright red prison garb, guaranteed that if anyone looked his way, he’d be spotted.

The melted cotton swabs and candle wax in his ears helped. The ear-splitting drone was only mildly excruciating. The wax was always there, due to his genetically acute hearing abilities. It was simply good luck for him he had it, because without it, his ears would be bleeding by now.

In the half darkness, he shifted, getting up on the balls of his feet. Prepared to run, he waited one more half beat, for the siren to cycle again to its highest decibel level.

Jared vaulted out from behind the wall and ran to the landing field. The cloaked ship was hovering and twisting just a few inches off the ground. If it had landed, the contact would have set off proximity alarms.

He leapt into where he judged the open hatch would be. He felt strong hands dragging him inside.
Without the cloak, he looked at his rescuer. A wispy blond with eyes 3 times larger than normal winked at him.

“Glad we got you out. Butcher day is tomorrow, and all the abnormals would have been executed.”

Jared said nothing. He just held on to her arms and tried not to get lost in the noises of the ship.

His heard thudded painfully in his chest. Oh god, she was here. He knew he shouldn’t have come. Maybe he could still leave. He’d have to do something soon, he was standing awkwardly in the entrance way.

She turned, scanning the room. Her eyes focused on him and widened slightly. Shit. Too late.

Unsure, awkward, he nodded briefly to her, before turning to the sign in table. Never should have come. He’d thought twenty five years was enough to get over it, get over her, but it wasn’t.

She was walking over to him, he could see it out of the corner of his eye. What would she say to him? What could he say to her?

His palms were sweaty. He tried to make a fist but his arm wasn’t responding properly, almost numb. His suit felt too tight. He was at once too hot and too cold. Sweating and shivering. A panic attack. Dizzy, painful, acute. That had to be it.

He was looking at her shoes now, red, right on front of him. He looked up slowly.

She was pretty, not ugly, not beautiful, just pretty. He’d always thought she was pretty, no matter how he’d teased and mocked her. And she was kind. There was none of the condemnation, the censure in her eyes like he’d expected. In fact, she looked… concerned.

“Are you okay?” she asked, but she sounded far away. And then everything went black.

Divine Loomis stared at me, her eyes as sharp as the angles of her face. That chin could slice a finger clear off, not that I intended to touch that pale, frozen-looking skin.

“Get out of my way.” Her voice sent shivers of ice down my spine.

She tucked the sides of her stick-straight hair behind elfin ears. Even the hair was severe, the ends cut bluntly and the bangs tapering into the strangest acute angle that pointed right toward the knife edge of her nose.

I almost moved, but I was all that stood between Divine and the tiny door in the wall behind me. If I let her go, she’d get away. And if she got away, she might destroy the universe. She pretended to be a normal person, but with the shards of iron in her eyes like that, she could only be . . . other. Something else. Something evil.

“Get out of my way!” she repeated, more forceful this time. I shivered and squared my shoulders. My feet planted themselves into the worn carpet on the floor, daring her to try it. I would guard the door with my life.

Her thin, brittle lips twisted into a sneer, and her fists clenched at her sides. She hypnotized me with her rage.

The edge of a door slamming into my back knocked me out of my daze. I staggered sideways, keeping my eyes trained on Divine.

“What are you doing, Pete?” Mrs. Benscoter stood beside me, her hands on her hips and her brows drawn together.

Divine snarled. “I’m trying to get into the bathroom before I piss my pants.”

It was an acute pain that blossomed in her left leg as the arrow hit. She paused a moment to look down at it, marveling at the burning sensation that traveled up her leg, the sharp crimson blood spurting out the wound, the hole in her leg where the wooden shaft traveled. Then, she dropped to the ground and cried out.

“Mayasha!” a man’s voice called and came up to her. He looked over as he layed her down, and from Mayasha’s point of view, he was upside down, but she recognized Harad, her brother and the man soon to be King. There appeared to be two of him, bluring in and out of each other. She closed her eyes and squeezed tears out.

“Mayasha,” He said, his voice low and quiet. “We will get you below. The healers are there, they will take care of you.”

“Harad,” she said, her eyes still closed. She could smell the blood, copery and sharp. “Harad, the walls still need to be defended.”

“No,” he said. “You are too important to risk like this, I tried to tell Father…”

“Harad,” she said, opening her eyes and seeing her brother full on this time. His beard was matted with dirt, an angry red line of blood ran down his cheek, no doubt to leave a scar there, and his hands were coated in blood. She smiled at him. “You are to be the King, not I. I can end this battle, you know I can, just as Father did. It is why I am here. Let me do my work.”

He hesitated, then nodded. He reached over and snapped off the arrow shaft, causing her to wince in more pain, then he pulled a length of cloth off his belt and tied it around her leg. The binding was tight, but it kept the leg stiff, which helped with the searing and burning.

“Help me stand,” she said, and he pulled her to her feet.

At the wall, she aimed a hand at the soldiers below, the words of power spoken silently on her lips. A bright flash covered the fighting, and when it faded, all the king’s soldiers looked around in surprise at seeing their enemies had turned into toads.

She ran through the night, knowing it was dangerous to go so fast, but also knowing the danger of moving slowly. Even at her top speed, it was unlikely she would outrun them. They were bigger, faster and stronger than she was in everything she did. Always had been.

So what was the answer? She continued to run as she thought, dodging low tree branches, skipping over exposed roots, twirling around bushes that seemed to just spring into her path.

That’s when it happened. Acute pain went zinging up her left leg as her foot remained lodged in a hole she hadn’t noticed. Dread filled her mind as she quickly assessed the situation, pushing the pain to a back corner of her brain. Right now, she needed to survive, she could deal with feelings later. One broken ankle in the center of the path meant she would not get far. She could hear them back there, coming on fast, no time to climb a tree – not that that would help.

She looked around for a weapon, a branch, anything. She would not go down without a fight. Then, the hole that still pinned her ankle opened wider, and wider. Golden light spilled out from below and more pain went rushing through her system as something grabbed her foot and pulled, hard.

She landed with an unceremonious thump on the dirt floor of an underground corridor, a tiny man looking at her with disgust as he closed the opening.

“Don’t you know no better than to stay away from the creatures of the night?” he asked.