Did you like this prompt? For some reason, it just did. not. work. for me. Meh. Happens. But y’all, of course, came through.

(Update: Oh, for pity’s sake. As I’m writing this our judge emails me his list and I’m on it. Not that I’m casting aspersions on his judging ability. Clearly the man had a temporary brain fart. And then I can’t throttle an alternate out of him.)

And here are the finalists that our judge, Glenn Rogers, @glennrogers42 picked this week: 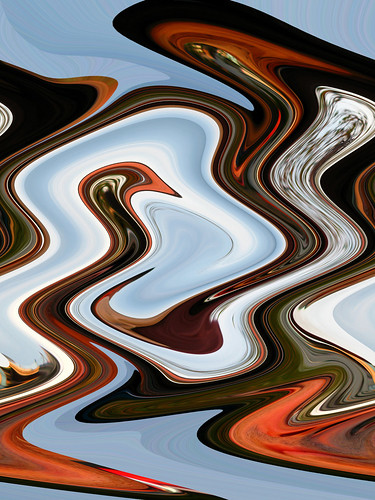 Congrats to all our finalists! Give them a read & then vote for a winner! Be back in the morning, 9:00 EDT and find out who WINS!

“What the hell is that?”

“No no no. See, it’s just out of the oven,” Jeff said, holding up the writhing concoction. It bubbled and blorped. Bits fell off and scurried across the floor where they landed. Mike had to jump out of the way of one as it made a beeline for his foot. “It’s my own recipe.”

“It’s horrible,” Mike said, backing out of the kitchen slowly. He was certain the thing in Jeff’s hands was looking at him, though it didn’t have any eyes. It was leaning forward in the pan, steaming slightly.

“You’re going to make it upset. I don’t think it likes you at all.” Jeff’s voice was more distant with every sentence. Mike saw that the thing had tendrils that wrapped around his friend’s wrists. No. They weren’t wrapped around, the were dug in. Green lines ran up his arms, disappeared into his sleeves, reappeared at his neck. Oh god.

“Put it down. Just put it down and I’ll get you some help.”

“I’m afraid you’re the one that needs help. That’s why I made this. For you.”

The thing shot out faster than Mike could move. It wrapped around his chest and burrowed into him with a sharp pain that coursed through his body. And then he knew. He knew what it was. It was hell, summoned and made solid. His mind slipped away, no longer his own, and he was left screaming from a little corner of his own brain.

Yes. This was hell. And what kind of fresh hell it was.

What the hell is that? Carla thought as she passed by David’s cubicle. On his screen was an image that she could have sworn watching her as she passed. Stopping, she peered around the edge of his cubicle wall for another look.

On the screen was a face. At least, it must be a face. She could see two eyes, something resembling a nose, and a hidsous facsimile of a mouth. The mouth was moving, as if the face were speaking.

He must be watching a video. She mused. Though I thought they blocked streaming media here. As she watched the mouth move, she became aware of the voice. However, it seemed disjointed, as if the video and audio tracks were not properly synced.

That’s when she felt it. the presence in her mind. Something was pulling at her subconcious, enticing her to give in to feelings. Feelings that she didn’t actually feel…that is, until the voice she heard spoke of them. fellings of murder and rage. Without even thinking about, her anger over her boyfriend’s infidelity crept unbidden to the fore of her mind.

She stepped fully into the cubicle and stood beside David, her eyes transfixed by the image on the screen. The eyes of the face turned to her, and the mouth smiled as it spoke.

Yes, she would give in to that passion. She would make him pay for cheating on her. She grabbed for the letter-opener on the desk, but her move was thwarted by David’s own hand. Their eyes met.

“You son of a bitch.” She murmured. “You’re going to pay for cheating on me.”

His eyes widened, but not in shock. Rage filled his own vision as he spoke.

“Not before you do…”

What the hell is that?

My head’s spinning and it’s hard to see. It’s an apple. I think. Or a balloon. My mom?

Who are you? Do I know you? No, the voice isn’t familiar. This isn’t good. Scared. Scared. Where am I?

The whole room is spinning now, spinning and falling and my feet are slipping on something that isn’t even there. My fingers slipping and sliding on silver-slick nothing. I’m afraid! Help me!

“Don’t try to sit up, you hit your head pretty hard. The paramedics are on their way.”

No, damnit! It was supposed to work!

“Looks like you leaned out too far and slipped. Your secretary came in and saw you. What were you doing leaning out the window like that anyway?”

Trying to die. Isn’t it obvious? Leave me alone. Or better yet, take me back up. Higher this time. Let me get it right for once, for the last time, in my life.

“What the hell is that?” I asked the police officer, as I bent over the flattened blob. The thing was about the size of a serving platter and had been ran over by something big.

“I was hoping you would be able to tell me.” Mark said. “You are the animal person, not me.”

“Are you sure it was an animal?” I looked around for a stick to poke at the blob.

“According to the driver that hit the thing, it is a giant mutant frog.”

“A giant mutant frog?” I reached over with a stick I found and gingerly touched it. “Are you sure the driver is sober?” The blob was squishy just like you would expect a frog or lizard to be. I crouch next to it, pushing the stuck under the body to flip it over. Once it was flipped like a pancake, I could make out a face on the blob. It did look like frog of some sort.

At that moment, the blob moved. Like a balloon it’s body expanded as if filling with air. Once it was round again, it looked me in the eye and let out a growl. Then it looked at Mark and hissed like a cat before taking on giant leap off the road in to the swamp.

“Did I really see that?” Mark asked, astonished.

“Yes, you did.” I responded, still trying to figure out what in the hell that thing was. Hopefully I’ll find out soon.

“What the hell is that?” I asked. I’d regret it but at the time I really wasn’t thinking.

At first she acted as if she hadn’t heard me and kept packing things into boxes. She was moving to the coast and we both knew that the odds of us seeing each other any time soon were slim. She glanced at me and then back to the box’s contents and her head tilted slightly.

“A picture of my unborn son,” she said.

I almost said something else that was stupid but thankfully some semblance of common sense, common decency kicked in. I’d known her for twenty of her twenty one years, longer than I could actually remember. And I knew that she had never had a baby.

We quietly continued packing as the rain outside fell lightly. I love the rain.