This week’s prompt brought out the silly in me. Something to do with the picture, I think. Though, I admit, my first thought when I saw the picture and wanted a sentence to go with it had more to do with the horror of having another social network to keep up with. I’m sure I’m the only one who thought of that, though. 😉

This week’s judge, Tim Queeney, @timqueeney, said it was a tough choice to make, but he managed to pull out only five finalists. (Check the comments of this post for his specific comments on his choices.) 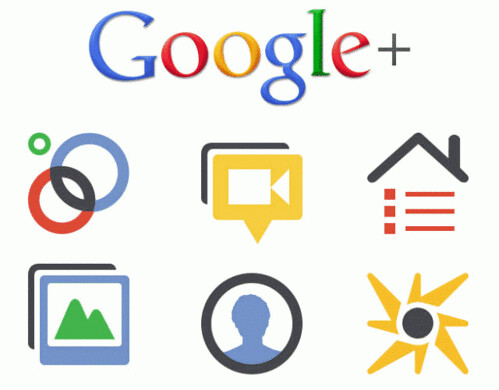 That’s them, folks. Congrats to all our finalists! Give the entries below a read and vote for this week’s winner. Be back tomorrow morning at 9:00 EDT to find out who WINS!

Ben stared at the screen, horrified. They kept coming, kept flinging their writing bodies against the thin metal mesh. He’d never seen so many butterflies at once.

Individually they were beautiful. Delicate wings that beat against the air, decorated with the finest of filigree, sniffing at the air with each writing proboscis. Now he knew they wanted more. They wanted blood.

Each had a voice, distinct and horrible, saying things to him in a language that he and they shared. Their voices were tinny, their cries were tiny, but their intentions were murderous. He took a step back, never taking his eye off the screen door.

Blood dripped down, blood from their last victim, it coated the screen, it dampened the floor of his kitchen. He slammed the thick wood door as the mesh gave way at the corners. They were in the plenum now, flailing at the door’s tiny windows, battering against them with their tiny bodies. One would fly towards the glass faster than any butterfly he’d seen, then crumble, broken, out of sight.

But where it fell there was another. And another. He was certain he heard the glass cracking. He’d tried 911, but no one there would help him. He couldn’t leave, they’d just smell him out and track him down. There had to be something, anything that would save him from the onslaught.

He turned. And he screamed.

How had he not heard the glass break in the front window?

Ben stared at the screen, horrified. The live sex show had just started, the burro was brought in by a fat lady wearing nothing but tassels and assless leather chaps. A ‘little person’ was naked on the bed tightening the retraints of a man who looked way to pleased to be tied up.

An older woman lying on the bed was blindfolded and masked as each of the people, creatures, and devices took turns with her. When it was all over they zoomed the camera in on her backside, a small tattoo above her left butt cheek caught Ben’s attention. It was a tattoo of newborn baby feet. Ben had seen it before.

Those were his feet.

“Oh my God MOM!!!” Ben stared at the screen, horrified.

Ben stared at the screen, horrified.

“But Mr. Andrews,” the doctor said, “I want you to know – “. One of the other men in the room, this one in a military uniform coughed loudly. The doctor made eye contact with the uniformed man and began again. “That is to say Mr. Andrews, we want you to know that your sacrifice is greatly appreciated by all of humanity.”

Ben was oblivious to the conversation going on around him. It was insane. It must be some kind of nightmare because what he was seeing and what these people were saying simply made no sense what so ever. He tried to raise his hands to his head to see if his head felt normal. He couldn’t raise his arms! Looking down he realized that they had been strapped to the gurney.

The man in the military uniform stepped closer to the hospital bed.

“To be chosen as an uh,… as an ambassadorial client is I’m sure a great honor, Mr. Andrews. I’m sure your children and grand children will be very proud of you.”

Those standing around him blanched, a pained expression on their faces.

“I don’t have any children,” Ben said to no one in particular.

“Gentlemen,” a younger man in a suit said by way of announcement, “We believe the E.T. manifestation is imminent.”

With that said, all eyes turned back to the cathode tube display where a real time magnetic image of Ben’s head was pictured. The mass inside was visibly moving and growing.

Ben could do nothing but stare at the screen, horrified.

Ben stared at the screen, horrified.
He had less than 2 minutes till #5MinuteFiction was supposed to start. He had spent the last hour getting his two year old to take a nap; perfect timing for being able to concentrate on a little flash fiction fun.
After a quick trip to the bathroom and fresh can of Pepsi from the fridge, he returned to his writer’s nest to find that his little angel was not as asleep as he’d thought.
“Look Daddy! I write too!” she announced, proudly showcasing his laptop, which was covered in peanut-butter-and-jelly smears.
Swearing under his breath and placing his precious child into the playpen, Ben carefully cleaned off his monitor. He was a whole minute late, forever in flash fiction terms.
Just as the last bits of sugary fruit were coaxed from between the L & K keys, the screen went black.
“What the….” he stopped himself before uttering something he wanted his daughter to emulate.
The cord was unplugged. Of course. At exactly that moment, the battery had given out.
He plugged it in. Almost 5 minutes late, but with the 10 minute “cushion” he might still have a chance.
Leah had posted the link in twitter, and he clicked. And waited. And reloaded.
Nothing.
Back to twitter “Oh No! Database error!”
Well, that could be a good thing, he was late anyway…
Finally, it worked.
The prompt?
A picture of a jar of peanut butter.
And he knew exactly what he would do.

Ben stared at the screen, horrified.

As an author, he was used to all sorts of computer problems. Crashes. Hard drive meltdowns. Database errors and smoke from the cable modem and e-mail interruptions when he was on deadline. The Blue Screen of Death.

He’d tried to put her out of his mind. Stephanie had been the girl he’d stared at through high school and half of college, until she transferred half way across the country. Then, he heard, she got married. They lost touch, and then social networking had them exchanging birthday wishes and the occasional public photo. He’d gained a little weight. She had too, but she looked even better.

He’d tried to put that out of his mind, too.

Stephanie had been silent for the last six months. Ben had kept up with his writing.

Now here he was, three hours from deadline, and checking on his messages.

Stephanie’s relationship status had changed from Married to Single.

He would have to do something. And fast.

It had only been nine years since they graduated high school. What would a few hours mean?

Still, he stared at the screen.

Ben tabbed away from the browser window and back to his story. Back to the life he had drowned himself in to forget her.

His palms were sweating. His pulse was racing. He could not read the words at all.

Ben glanced at the clock. Twelve minutes had passed, and he hadn’t typed a word. He tabbed back to the browser.

Ben stared at the screen.