Fun times! I thought that would be a cool prompt but when it came down to it, I wasn’t in my character’s headspace and it just kinda fizzled for me. Ah well. I’ve heard some of you really liked it. Yay!

So who did our judge, Mhairi Simpson, @AMhairiSimpson, pick as this week’s finalists? 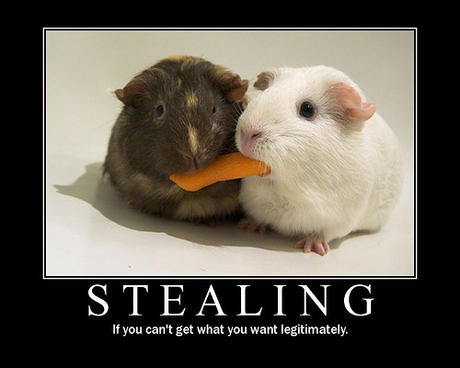 Congrats all! Their entries are below along with a poll for you to vote in and decide this week’s WINNER! Be back tomorrow morning at 9:00 Eastern to find out who wins!

The crowd gave a respectful applause as the she pulled up a new slide. “And this,” she said, “is where my system detected me stealing.”

Muffled voices resolved as they grew closer. Mai doused the single candle, grabbing the sword from its stand and slipping behind the elaborately carved jade screen. ‘Hiding like a dog, again.’
Resentment bubbled up inside her, and she forced herself to bottle the urge to strike out at the source, settling instead for eavesdropping. She held her breath, recognizing her brother’s airy tones. His patience with her had been growing thin of late, and getting caught listening in on his private discussions would not help her position.

Mai shifted cautiously, trying to get a better angle on the room through the perforations of the screen, and watched her sibling pace back and forth. Concealment was well worth the discomfort of being wedged into such a confined space. ‘Son of Heaven, indeed,’ she thought with a sniff. ‘If he was a god he would know I was here.’

“It’s high time you made a match for your sister, Mikado-sama. She will be valuable as a bargaining chip. Perhaps the Shogun is in need of another wife?”

She didn’t bother trying to see the speaker. It didn’t really matter which one of her brother’s so-called councilors it was, they were uniform in their desire to get her safely married and miles away. Mai shivered when the emperor’s eyes seemed to meet hers, wondering briefly if his anger would be as much for her state of dress as for her theft. Of course, subterfuge was to be expected in the palace. A princess caught stealing valuable relics, on the other hand, was a serious breach of protocol.

The voices finally grew faint, and she slipped out from the claustrophobic niche . . . only to find her brother waiting for her. “It’s not what it looks like,” Mai stammered.

“Of course it isn’t. You would never stoop to stealing what I would have freely given you, little sister.” His reply only increased her sense of unease, and she darted to the side, hoping to escape into the labyrinth of passages riddling the palace. ‘At least, until he’s had a chance to calm down.’

She made it three feet before a hand fisted in the back of her yukata and threw her to the ground, the object of her obsession clattering to the ground beside her.

Is it really stealing if no one is tracking the goods?
Smashing the glass of the third and final grocery store left in Fort Collins, Heph and I hurry into the maze of aisles like rats after the cheese. I get cheese. I also load up on butter and milk. The milk is probably all spoiled, but there might be a few cartons in the back that haven’t turned.
Heph has found cheese too, but only already baked into buns and bread. Like my selections, there might be some spoilage, but we’ll take what we can carry and sort it out at the other end.
We leave our carts with the crew at the van. They’re already opening fire on the meat sacks coming our way, so we hurry for one more pass. This time we hit staples. I’ve got the baking aisle, tossing sack after sack of sugar and flower. There a crashing of metal an aisle over as Heph sweeps cans from shelves.
Sprinting for the truck, we both pull our pistols and fire with the guard at the van.
“Do it, Cass,” Heph tells me and I stash my gun, throwing sacks into the back. Heph and another of the guard cease fire to lift his cart and pour tin cans atop the flour and sugar. I’m already climbing atop the pile, as is one other guard. Then Heph jumps in, yanking the doors as the last two hop into the front and peel out, crushing zombies beneath our tires.
It’s not like they were eating the food anyway.

The water in Ollie’s tank was dank, he’d inked himself sometime in his sleep, another night of bad dreams. What the hell was he doing in space anyway? He couldn’t possibly any further away from his cozy cave deep in the warm Pacific than he was now. Octopuses were not designed for space travel. He needed something.

He took to the controls of his tank and unlocked it from it’s docking station then wheeled from his quarters, he needed to think. He needed to stretch his tentacles is what he needed but a square meter wasn’t exactly roomy to go for a swim.

Passing Dr. Vareday’s office he noticed that the door was ajar. Only the light glow of the emergency lighting shone out. Hello he called out, sending a telepathic wave to see if anyone was there. A door to the supply closet was open. He wheeled inside.

Bales of green filled the lower shelves. He knew what it was he also knew what the Captain and the Doctor had said about using it, “by prescription only,” they said. He didn’t care. He swam to the top of his tank and reached out a tenticle suctioning on to one of the bales and pulled it into his tank.

“Who’s there?” A sleepy voice called out. Lights turned on.

Ollie didn’t know what to do, he hastily pulled the bale under him, the acidity of his underbelly melted the plastic wrap, and began to digest the pot. Waves of calm euphoria over took him.

“What are you doing here?” The doctor asked.

Looking for something to help me sleep, Ollie sent out.

The doctor looked at the cupboard, then at Ollie. “Did you raid the medicine closet?”

No, then inexplicably Ollie began to laugh, and in doing so ink flowed from his underside.

Ollie wheeled his tank around.

“No, in your tank.” The doctor said, perturbed.

Oh… The remains of the bales of weed crumbled under him.

The doctor went over to him, “you spineless little theif! Wait until the Captain hears about this!”

“You’re certainly looking chipper today, Mr. Curtis.” Tom—Tom the checkout guy, master of fast-swiping catfood cans and seer of all that was hidden on the lower shopping cart shelf—was staring with narrowed eyes at my crotch as he passed apples, Drano, and peanut butter across the scanning lasers.

“Well it’s a lovely day, isn’t it.” I said. The chilled pot roast in my pants was shriveling my testicles, and I was fairly certain that there was a hole in the plastic seal. Meat juice trickled down my thigh. Outside the SafeWay’s front window, I could see Cabie and Danielle—a well-coiffed and made-up Mutt and Jeff—peering in at me, Cabie with her hands theatrically pressed to her mouth, Danielle waving with cheerful abandon. “Perfect day for a picnic.” I winced as he scanned a 48-pack of condoms. “Those aren’t for the picnic.” It slipped out before I could stop myself.

“So just the fruit, peanut butter, and drain cleaner for the picnic, then?” He’d stop scanning, and his finger hovered above the Total button on the register, looking me in the eye with his legendary checker’s vision. “No…crackers? Or, say…cuts of meat?” He looked at my crotch again. Such was my guilt—damn Danielle, and Cabie too, with their flirtatious double-dog dares—that I followed his gaze. A large, blood-like stain was expanding from the bottom of my zipper.

“Of course!” I blurted. “How silly of me.” In one smooth movement and had unbuckled my belt, popped the first two buttons on my jeans, and thrust my hand into my waistband. It emerged, almost triumphant, holding the somewhat compressed roast. As I flung it onto the conveyor with my random groceries, a gout of juice squirted under pressure from one corner of the plastic, inscribing a red line across Tom’s apron and face. I leaned in close. “Also silly of me? I left my wallet in the car.”

The sliding doors were barely open as I catapulted through them. It didn’t occur to me until I reached the car, started it, and checked my mirror that Cabie and Danielle were in heels, and Tom had caught up with them as they toddled across the parking lot after me.
The car was in gear. I could go at any time…and leave them to Checkout Tom’s tender, law-and-order mercies.