Does It Matter WHY They Buy Your Book?

The whole latest-writer-wearing-an-asshat-having-a-mental-breakdown-on-the-internet has been covered ad nauseum by better people than me, so I’m not going there. (Chuck Wendig’s was the first I found, and his posts are always worth the read.) But it’s had me pondering an important writerly-phiolsophical point:

Does it matter why they buy your book?

To quote Marc Aplin, @FantasyFaction: But personally, if I ever publish a book, I’d like people to buy it because they’ve heard good things about it or like the premise, not because they want to know the answer to the question on everyone’s mind last night: “Can this egotistical dick really write?”

That alone is a very good point, and you can’t argue that an entertaining, psychotic, uber-egotistical trainwreck will get you some publicity and sell some books, if nothing else, for the rubbernecking factor. But that’s not the point of this post.

See, the guy in question already had a number of sales before this meltdown. And as he points out every other sentence, he has 92k Twitter followers. Clearly more than a few people who haven’t been accosted by him personally have been convinced to follow him and buy his books.

Now, I’ve only read the first few paragraphs (that was enough) of a couple of the samples of his books, so I’m no expert on his writing or the quality (or lack) thereof. But others have weighed in on it, and as it gets more attention, still more are adding their opinions, so I think it’s safe to say he’s no Shakespeare.

In other words, I’m going to posit that his “success” (his claim, not mine) is driven by marketing rather than word of mouth based on the quality of his books, that people aren’t recommending this to their friends in droves, and that he’s not being discovered by someone with a wide audience to sell his books to.

Now I don’t think anyone can argue that, ultimately, no book is going to gain lasting traction if it isn’t good quality in more areas than not, and entertaining to a broad audience. There are only so many new customers for a genre novel you can convince to buy your book before you fade into obscurity. Can this be overcome by churning out countless sub-par books? Maybe. I don’t doubt there are mediocre to bad writers out there who are making a living off their books for now. Why not? People buy snuggies. Sometimes consumer behavior defies logic. 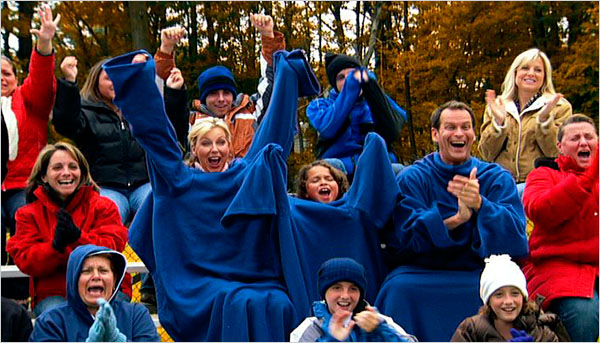 So is that a good enough reason? The author in question seems pretty secure in his “success.” So let’s theorize that he’s satisfied with this. It’s about the money, right?

Does it matter WHY someone buys his book? Surely, if it were only about the money, an author wouldn’t get his panties in a twist about a one star review when others continue to buy the book. You can’t please every customer, right? So if a negative review doesn’t impact sales, assuming sales is the primary goal, then it’s of no matter.

Except authors of this ilk continue to act like it matters very much. One might be tempted to say that most if not all authors still view their work as more than a product, as something that reflects THEM and their worth. Thus they so passionately (and sometimes hysterically) defend the quality of their work; either publicly, as in this case, or, one would hope, in private to a few trusted friends and then back that up by striving to learn more and make the next one better.

Are there really authors for whom the bottom line is the same as for a car salesman or an accountant? It’s possible. I doubt it. So is the meaning of “I have 92k Twitter followers and (x)bazillion sales” really what it says on its face, or is it just a last straw argument masking the insecurity authors usually struggle with?

Personally, I’d rather sit over here watching books I’d published as “anonymous” get love from people I’ve never met and who have no idea who I am than to sell zillions of books based on everything BUT the quality of my novel.

Does it matter why the books sell?

It does to me.