That’s right folks, we have a winner!

Thanks again to Sam Adamson, @FutureNostalgic for being the final host of the #5MinuteFiction Blog Tour. Did everyone have fun?

Sam did a great job hosting and he tells me (unless he’s lying) that he had fun doing it. 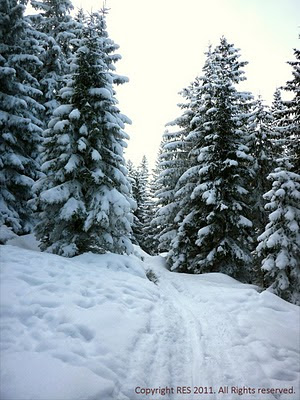 But, now, drum roll please! Based off of a prompt, trap, this week’s winner is…

The police detective stood over the body that was sprawled on the floor at his feet. There was blood everywhere, so much blood. And the way her body’d been flayed open like that was clearly the work of the same guy. No doubt about it.

“You wanna call it?” The police officer asked.

“Yeah, no question. It’s the work of the same guy.” The detective said. “We’ve got to catch him soon, or the chief’s gonna have us for breakfast.”

This was the fourth body to be found in as many days. Usually a serial killer took a break in between kills. Not this guy. If you counted the hours he was actually ramping up. Not good. Not good at all.

The two detectives stood on the edge of the room, careful to touch nothing and stand still on the small patch of dry wood floor available amidst the blood. The forensics team was still five minutes away.

There was a creaking sound above them. The two officers looked up and stared, the brains not comprehending what their eyes were clearly seeing.

The creature crouched on the ceiling like a fly. It was looking down at them with a curious look on its leathery purple-skinned face. It was covered in orange fur that seemed to sparkle in the harsh light from the single bulb in the corner of the room.

There was a snick as it opened its blade-like claws, a single drop of blood dripped to the floor. Its face spread wide in a grisly smile. The two detectives had nowhere to go, the door behind them was shut and opened inward.

The creature had them trapped.

Even if you missed the contest, you can still read the entries here, and find out what our guest judge, Julie Morrigan, thought about the finalists here.

Thanks again to everyone who took part in this week’s #5MinuteFiction. Catch you later!